It is really true that time flies. I can't believe I have been away from here for more than a year. But there is a reason of course. .... theindianraas.com is it.
Posted by raasartscircle at 5:29 PM No comments:

Taking a Dip In The Realm of Natya Sastra

I got a copy of the 36-chapter Natya Sastera from a dance teacher in 2000 and another, the Baroda edited version from a fine arts lecturer, Joseph Fernz, now deceased. However over the past decade all attempts by me to complete the reading of either one of the two English translations of the Sanskrit handbook on dramatic art, has failed.
An invitation by the above mentioned dance teacher Vinoshree Shankar to attend a workshop on the Natya Sastera of Bharata Muni conducted by the secretary of the Chennai Music Academy in India, Dr Pappu Venugopala Rao brought me to the lecture hall of the Faculty of Arts and Social Sciences, Universiti Malaya.
Dr Pappu in his historical summary of the treatise referred to as the fifth Veda which details the diverse art embodied in Indian drama including dance, music, poetics and general aesthetics, said it was notable that the period of the arrival of Indian culture to South East Asia coincided with the composition of Natya Sastra by Bharata Muni in the 2nd Century BC.
He said the influence of the rules drama methodically outlined by the 6,000 verses of the Natya Sastra is seen deeply ingrained in the culture and even temple architecture of Indonesia, Malaysia including Singapore, Thailand, Cambodia, Myanmar, Laos and Vietnam.
“The evidence of the Natya Sastra can be clearly seen for example in the craft of building a stage, invocation of the gods to bless the stage and performances and the actual dance movements.
“The components of the dance form called Tandava composed of 108 karanas, a combination of movements and abhinaya or gestures of hands, feet and other parts of the body including the face, is especially evident in the dance forms of Southeast Asian countries,” Dr Pappu adds.
The hall packed with dance teachers, dancers, university students and art lovers were like me all ears to Dr Pappu’s discourse, hoping to come to terms with the world’s oldest treatise on dramaturgy. In the four segments of the eight-hour workshop, the world renowned Natya Sastera expert guided us through a cross section of the monumental work.
It was easy for the dancers among the participants to grasp technical details of Abhinaya, the complicated “science” of body language, hand gestures, and facial expressions like uttamanga abhinaya, gestures involving the head and face, 36 Drishtis, glances and Hasta abhinaya, the gestures of hands and other limbs, Sthanas, stance, Cari, movement of lower limbs,  Nrtta hastas, decorative hand gestures, Rechakas, flash movements, Mandalas standing position and gatis, stepping, which are the very basis of their dance training honed through years of rigorous practise.
For the uninitiated participants like me it was an immense challenge to visualise the intricate details of the wide variety of dance movements espoused by the treatise despite Dr Pappu’s enlightening discourse.

So encompassing is the Natya Sastra that it even has made provisions for the regional, local and stylistic adaptations of its dictums. But as the High Commissioner of India to Malaysia, His Excellency T.S. Tirumurti, said in his opening speech, “Innovation is part of the tradition but one must know where we started before innovating.
“Natya Sastera is still relevant as it can help dispel the intolerance of present day society towards fine arts. Our ancestors such as Bharata were however only intolerant of ignorance and gave society knowledge through the facility of dance, literature and the arts.”

Dr Pappu paid special attention to the Bhava theory of Natya Sastera comprising of the 8 Sthayibhava,  static emotions of love, laughter, grief, anger, courage, fear, disgust, wonder; 33 Vyabhicaribhava, transitory emotions that come and go and 8 Saatvikabhava, effects such as fear.
Together with the additional Vibhava, character or that which determines and Anubhava, stimulant or that which supports and follows the Vibhava, herein lies the true dramatic effect of a performance.
According to the Natya Sastera the elusive Rasa - `that which is relished’, is created by a combination of Vibhava, Anubhava and Vyabhicari bhavas with the Sthayibhava as the predominant emotion.
At the conclusion of Dr Pappu’s discourse on the Rasa theory participants were stumped by a crucial question on Rasa posed by Datuk Ramli Ibrahim, master of Sutra Arts which together with Nandhitaa Arts collaborated with the Department of Indian Studies, UM and Sri Lankan Endowment Fund to organise the free workshop.
“Who enjoys the Rasa in a performance, the dancer or the audience,” rang the question which Dr Pappu redirected to the participants. Everyone except Ramli got the wrong answer when we said that both the performer and the audience would mutually enjoy the Rasa.
“The Rasa successfully produced by the performer is handed over as if in a receptacle for the audience’s enjoyment,” Dr Pappu pointed out.
Dr Pappu also revealed that Bharata referred to the two basic categories of dance only as Natya, story telling medium or Abhinaya and Nrtta, abstract pure dance and never mentioned Nritya, narrative, which was coined by 4th Century AD commentator, Amarakosha.
Bharata in explaining the use of Nrtta had also said that it was appealing and embellishes the dance despite it carrying no meaning.
In the use of music and songs in a drama, the Natya Sastera specifies five categories namely Pravesa, while entering (the stage); Aakshepa, unexpected; Nishkraama, while leaving; Praasaadika, propitiating/ praying and Aantara, for filling gaps.
The Kavya, literary work of a drama is divided into Drsya, that which can be seen and Sravya, that which cannot be heard with Drsya given predominance over the latter. And, according to the Natya Sastera drama is considered as the best form of literature.


By the end of the workshop, I walked away a more wholesome and enlightened art lover and writer having finally imbibed the essence of the Naatya Sastera which truly illuminates and challenges how we think of what theatrical performances can do and gives us an enduring and intriguing theory about the artform that pervades South Asian aesthetics.
Posted by raasartscircle at 11:04 AM No comments:

Seeing the colourful lights flashing at the Sports Desk area beckoning the Hari Raya Puasa celebration, I ask myself what the purpose of the light display is. The simple answer is it's the artistic expression of the desk staff. So art is still alive and a necessity to spice up our lives.

Posted by raasartscircle at 4:50 AM No comments:

*: A transcendental evening
Posted by raasartscircle at 8:26 AM No comments:

We were ending this hot Saturday evening (May 30), at the PJ Civic Centre auditorium to watch Varnanjali 2015, a presentation of Bharatanatyam and Kutchipudi Indian classical dances.
Two dance gurus, Kuala Lumpur based Chandramogan Ramasamy and Johor Baru based Sri Ajith Bhaskaran Dass had pooled their resources to woo the rapidly dwindling fine arts  audience in Kuala Lumpur to immerse themselves in an evening of spiritual transcendence.
Guru Ajith and his Suvarna Fine Arts academy dance team are familiar to us given their once or twice yearly performances in Kuala Lumpur and their year-end grand finale in Johor Baru. But this was the first time we were seeing Guru Chandramogan and students of Sri Nandhigeswar Dance Academy and performing Kutchipudi at that.
The towering, heavy set Chandramogan is a natural performer which was clear in his highly dramatic rendition of the popular Mahishasura Mardini Strotam number that sent shivers down our spines seeing the gory finale.
Chandramogan takes to the stage as fish to water. He passionately embraces the stage space with his measured movements, artistic personality and the theatrical flamboyance oozing from his mastery in the Andhra Pradesh originated Kutchipudi dance form. He also manages to lift his students’ back-up performance with his magnetic presence. This indeed is a guru’s master touch.
Ajith’s expertise in choreography, music arrangement and stage craft was evident in the show and his own dedicated team of musicians including talented India based singer, Nandakumar Unnikrishnan provided mesmerising accompaniment to the dancers. They effortlessly  reverted between delivering flawless renditions of classical Bharatanatyam tunes to the folksy Kuchipudi rhythms.
The lawyer turned international dancer who is indeed the quintessential dance guru, has led his highly trained troupe of senior students in numerous high profile productions throughout the country and the international arena. The troupe has a wide repertoire of dance items and musicals mostly composed, choreographed and designed by Ajith himself with assistance from senior students who are also gurus in their own right.
The Suvarna dancers displayed their signature technical brilliance in the rhythmic opening alarippu and concluding thillana, holding the audience spellbound. Ajith showed his spiritual depth in his solo performance, Alwar Kanda Kannan, a beautiful composition based on the traditional hymns of the South Indian Alwar Vaishnava movement.
The evening presentation lasted until past midnight with guest of honour Natural Resources and Environment Minister, Datuk Seri G. Palanivel and his wife glued to their seats, relishing every minute of the show.
It must have been a great transcendental relief for the embattled president of the Indian community's government flagship, the Malaysian Indian Congress who is at a critical juncture of his political life battling for the right to head the effervescent party amid harrassment by present day demons similar to Mahishasura that Guru Chandramogan playing Goddess Durga  decisively vanquished on stage.
For us common folks, the show gave us the chance to transcend from the rigours of the day-to-day battle with the relentless weather, rising prices, GST and our wild, raving emotional lives.
Posted by raasartscircle at 8:03 AM No comments:

Got good encouragement from a budding young writer, Henusha Sudesan to breathe new life into Raas Arts Circle. Preparing to hold a workshop for writers/artists at our place in Semenyih. A good opportunity to revive our service to develop young artists. Hope this effort is successful.
Posted by raasartscircle at 7:19 AM No comments:

The past year was tumultous to say the least. Let's hope the perils and tragedies of last year have prepared us in good stead for this Jaya (victory) year. May we score many positive points this year to bring greater meaning to our existence on Mother Earth's realm.
Posted by raasartscircle at 7:26 AM No comments: 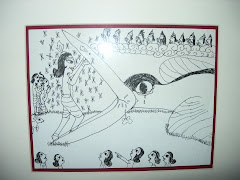 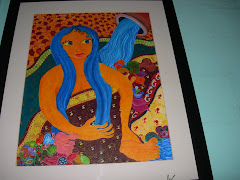 the new flower by chandramugila (2003)

raasartscircle
i am a writer working with an English daily for the past 14 years. I specialise in environmental journalism and review art and culture. 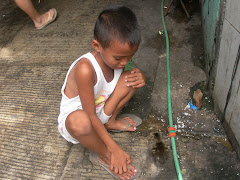 a duckling being kept as a pet by a slum child in Manila.